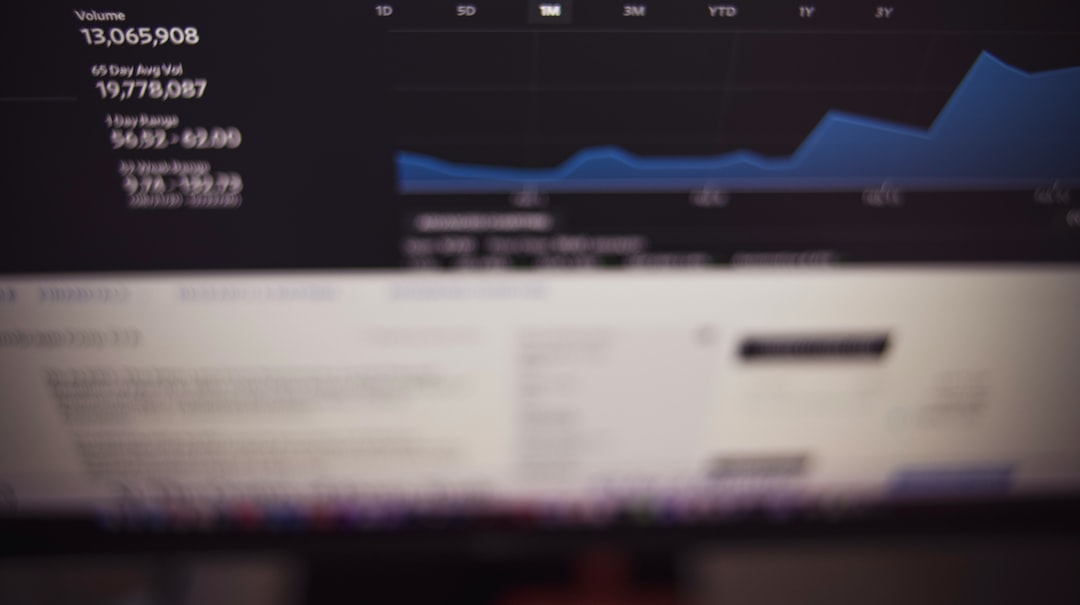 Environment consciousness, governmental policy support, and improved charging infrastructure are among the factors that contributed to the strong uptake of electric vehicles (EVs) in recent years. More and more countries have suggested that they would phase out internal combustion engine, or ICE, vehicles sooner than later. This shift in market dynamics provides an opportunity for those looking to pick up some cheap electric vehicle stocks before they boom.

EV sales doubled in 2021 to a record 6.6 million units, according to estimates by the International Energy Agency. IEA estimates include both battery EVs and plug-in hybrids. This is a far cry from the mere 120,000 units sold in 2012. And the buoyancy continued into 2022, with EV sales touching 2 million units in the first quarter, up about 75% year-over-year.

EV adoption is only going to accelerate further in the coming years. This bodes well for the entrenched players, startups, and legacy automakers who are transitioning to EVs.

The EV industry faced a setback amid the supply crunch that upset their production plans and also escalated their costs. Left with no option, most preferred to pass through the input cost inflation to consumers. This pushed the already wary consumers on the backfoot.

As these headwinds end, it is likely that pent-up demand unlocks, proving healthy for the EV manufacturers.

Here are a few cheap electric vehicles stocks that you can pick up for bargains before they can really take off:

July’s advance was due to the twin deal the company struck during the month. Retail giant Walmart (NYSE:WMT) agreed to buy 4,500 EVs from Canoo to facilitate last-mile delivery. Incidentally, Canoo said late last year that it is relocating to Bentonville, Arkansas, where Walmart is headquartered. The developer of the Lifestyle brand of EVs and delivery vans also won a U.S. Army contract to supply an EV for analysis and demonstration.

The two contracts came as a welcome relief to Canoo, which sounded out a going concern warning in mid-May. The company had then lamented about its grim cash position, although it expressed confidence that production would start in 2022.

An update on the cash position will come through in Canoo’s second-quarter earnings report, due on August 8. If Canoo can keep up the production timeline and also mobilize enough finances to keep its operations going, this cheap electric vehicle stock could head northward.

Nio (NYSE:NIO) stands out among the U.S.-listed Chinese EV trio in terms of its focused approach and mind share among customers. That said, Nio’s stock has underperformed both XPeng (NYSE:XPEV) and Li Auto (NASDAQ:LI).

Granted Nio’s fundamentals faltered a bit amid production disruptions specific to the company in late 2021. The company was later caught in the vortex of broader Covid lockdowns in China and had to leave its manufacturing plants shuttered for about three weeks in April 2022.

The disruption was all the worse because Nio was expected to be up and running in 2022, thanks to the planned launch of at least three new models. Sell-side was getting excited about the volume lift this is going to give. Covid resurgence in China poured cold water on Nio’s well-thought-out plans.

Nio said earlier this month that production of its ET7 sedan and EC6 SUV was constrained by supply-chain issues.

The Shanghai-based company may come up trumps when these issues alleviate. For Nio investors, a logical step could be to accumulate shares, which are currently trading at an attractive valuation.

Workhorse (NYSE:WKHS), a Cincinnati, Ohio-based manufacturer of last-mile delivery EVs, is pushing ahead with a focused approach. The company suffered a setback in early 2021 after it lost out to Oshkosh (NYSE:OSK) on a $6 billion contract from the U.S. Postal Service (USPS).

The company also had to recall its C-1000 delivery van in September 2021, citing safety issues and it suspended deliveries of the model.

Ever since peaking in mid-May 2021, the stock has been on a broader downtrend. It gathered some momentum late last month when USPS suggested that it would buy more EVs than it had originally planned. In May, the company said fleet maintenance company Amerit Fleet Solutions has placed orders for 10 battery EVs. This comes on top of its 2021 maintenance services deal with Amerit.

Workhorse said it would return the C-1000 to the market, starting in August. It also plans to deliver the W750 delivery van and the W4CC cab chassis version later this year. Two more vehicles will drop in by the third quarter of 2023 and 2024.

But with the $167 million cash on hand, can the company fund its way through the development timelines of its products? If it can pull it off, the stock could take off in a big way.

The Sono Group (NASDAQ:SEV) is a Germany-based manufacturer of solar-powered EVs. Its first car in the works — the Sion, is supposed to be a mass market vehicle priced at around $26,000. The cost economics is kept favorable due to the company’s asset-light business model.

Recently, Sono Group unveiled the final production design of Sion, signaling an imminent start of production. The company plans to deliver the vehicle to customers in Germany, Austria and Switzerland in the second half of 2023.

Funding could be an issue with the company, as is the case with any EV startup.

The company said in a presentation last month that Sion has raked up more than 19,000 reservations, translating to a potential sales value of about $400 million.

Apart from its car business, the company has other revenue avenues such as solar component sales, solar development sales and transaction share of sharing app.

Lordstown (NASDAQ:RIDE) can put its checkered past behind it, now that it has a viable business plan in place. The company completed an asset-purchase deal with Taiwan’s Foxconn (OTCMKTS:HNHPF) in mid-May that transfers the ownership of the former’s Ohio plant to the latter for about $230 million.

Foxconn has taken a stake in Lordstown, valued at $50 million, providing it with the much-needed financing. The two companies have also negotiated a supply agreement for the former’s Endurance EV pick-up truck, under which the Taiwanese company will take over the manufacturing. The companies expect to start the production of the Endurance truck in the third quarter and begin deliveries by the fourth quarter.

So, it’s like Lordstown has received a fresh lease of life. The company could not have gotten a better partner than Foxconn, which has years of production experience with Apple’s (NASDAQ:AAPL) iPhones.

Luxembourg-based Arrival (NASDAQ:ARVL) is another European EV manufacturer that has tapped the public market in the U.S through the Special Purpose Acquisition Company (SPAC) route. The company touts a unique and novel method of designing and producing EVs — a concept called “microfactories.”

Founded in 2015, the company functions with the motive of making available affordable EVs produced by local microfactories.

Arrival recently right-sized its operations by announcing a 30% cut in spending across the organization that also includes the elimination of about 30% of jobs. The company rationalized that the move will help preserve cash:

Arrival has proposed plans that include a realignment of the organisation that would enable it to deliver business priorities until late 2023 primarily utilising the $500mn cash on hand.

The European EV maker has expressed confidence in starting production of its EV van in the third quarter.

Ford (NYSE:F) is among the legacy automakers that have cracked the EV code. It has sort of seamlessly transitioned to EV manufacturing. The Dearborn-based company hasn’t been shy to implement changes and have shown dynamism in reacting to the change in consumers’ tastes and preferences.

CEO Jim Farley has proved to be a proactive leader in that respect. He announced the Ford+ plan in May 2021 that would help the company to shift its focus to EVs and related technologies. Earlier this year, the company reorganized itself in a bid to give what it termed “start-up” speed. The reorganization created Ford Model e, focusing on EVs, and Ford Blue that would leverage its ICE business. The Ford Pro is supposed to support commercial and government customers.

Ford targets annual EV production of over 2 million by 2026 and expects EVs to account for half of its volume by 2030.

The U.S. automaker has had a headstart with its F-150 Lightning EV pickup truck, moving in ahead of  EV market titan Tesla (NASDAQ:TSLA). It is already selling the Mustang Mach-E and the e-transit van. The company also sells a couple of hybrid vehicles.

On the date of publication, Shanthi Rexaline did not have (either directly or indirectly) any positions in the securities mentioned in this article. The opinions expressed in this article are those of the writer, subject to the InvestorPlace.com Publishing Guidelines.

Shanthi is a contributor to InvestorPlace.com as well as a staff writer with Benzinga. Equipped with a Bachelor’s degree in Agriculture and an MBA with specialization in finance and marketing, she has about two decades of experience in financial reporting and analysis, and specializes in the biopharma and EV sectors.

Stick With These 3 High-Growth Stocks Despite Market Uncertainty
NYSE’s Tuesday trading glitch explained — Why some of the trades may be busted
Top Wall Street analysts pick these stocks to climb 2023’s wall of worry
Just Say No! 4 Reasons to Steer Clear of Mullen (MULN) Stock.
3 Financial Stocks to Buy Doing Better Than Goldman Sachs